Skip to content
Home      Articles      General Motors finished off the decade with many ups and downs – Let’s unpack it.

General Motors finished off the decade with many ups and downs – Let’s unpack it.

Similarly to the roads it travels, General Motors and its vehicles had its ups and downs in the past decade.

From a 40-day strike, to losing billions of dollars, reaching a contract with the United Auto Workers union, confirming its electric pickup truck date, recalling more than half a million cars, saying goodbye to its century-old Canadian plant in Oshawa and investing in a new production plant, describing General Motors’ 2019 year as ‘eventful’ would be an understatement.

The company, which has spent the past 65 years on the Fortune 500 list, was bumped out of the annual ranking’s top 10 list and GM currently ranks 13th, wedged in between its rival, Ford Motor (in 12th), and Costco Wholesale (at 14th). Despite the strong performance of its SUV lines in the U.S., overall unit sales fell 1.6% in 2018.

While it was November 2018 that GM publicly announced the closure of the automotive plant in Oshawa, Ontario, the doors only officially closed in the third week of December 2019. Marking the end of an era and leaving almost 2,600 workers unemployed. However, GM did announce in May 2019 (although still not detracting from the heavy loss to workers in Oshawa) that it plans to invest $170 million to transition the plant from manufacturing vehicles to stamping, sub-assembly and autonomous vehicle testing, effectively converting the 22-hectare facility into a test track for AVs and saving 300 union jobs at the plant. 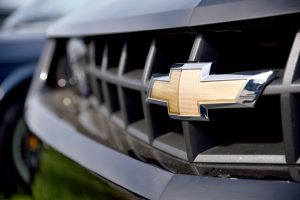 GM and the UAW reached an agreement on a new labour contract on October 25th, ending the month-long strike. In the aftermath of the labour dispute, the Swiss multinational investment banking company, Credit Suisse, estimated General Motors lost as much as $100 million per day during the workers strike, totaling close to $US3 billion.
Once the factory workers put down their picket signs, GM and the UAW struck a deal with a 57.2% approval rating. The new deal includes a mix of wage increases and lump-sum payments along with a US $11,000 signing bonus.

In November, General Motors CEO Mary T. Barra announced that the company would have an electric pickup truck ready to sell by the fall of 2021. GM’s announcement came mere hours before rival Tesla revealed its own plans for electric vehicles. As per Barra, GM plans to have a variety of 20 different electric cars globally by 2023. The company’s CEO also announced that GM is working with construction company Bechtel, to build thousands of electric vehicle charging stations across America. 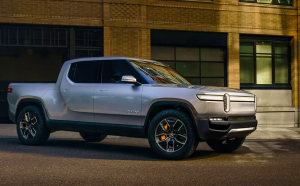 “General Motors understands truck buyers,” stated Barra. “And we also understand people who are new coming into the truck market that view it as a lifestyle vehicle. It will be a very capable truck, I’m pretty excited about it.” General Motors has yet to announce specific details and specs about its new line of electric trucks but they will presumably be offering full-size models.

Shortly after GM’s electric pickup announcement, the company hit another snag and issued a worldwide recall on over 640,000 trucks in order to fix seat belt failure issues that could set a vehicle’s carpeting on fire. The recall affected the company’s Chevrolet Silverado 1500 and GMC Sierra 1500 trucks from the 2019 and 2020 model years as well as the 2020 Silverado 2500 and 3500 models, and the Sierra 2500 and 3500 heavy-duty trucks. GM says it uses a small explosion to move pistons to tighten belts in the event of a crash. The explosion can release hot gas through a bracket opening and the malfunction set the truck’s carpets ablaze. The company reported two separate incidents relating to the seat belt failure and fortunately, no injuries.  Dealers sealed holes in the seatbelt bracket at no additional cost to the customer.

Obviously, vehicle recalls are a big threat to auto companies. Recalls cost money, especially in GM’s case as more than half a million trucks were recalled. Besides resulting in significant expenses and lower resale value, the company’s reputation takes a plunge. 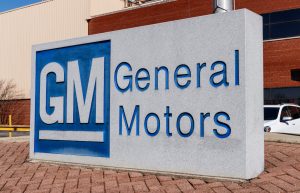 The recall came just days after the company announced the filing of a federal racketeering lawsuit against another rival, Fiat Chrysler, also headquartered out of Detroit. Fiat Chrysler was allegedly bribing UAW union officials, corrupting the bargaining process in order to gain advantages in labour agreements with the union. The ongoing case alleges that Fiat Chrysler corrupted the process with the UAW in 2009, 2011 and 2015 to gain advantages over General Motors.

At the end of General Motor’s busy month of November, the company, along with Isuzu Diesel Services of America, invested US$175 million for a new Ohio facility that will expand production of diesel engine components for its 2020 Chevrolet Silverado and GMC Sierra heavy-duty pickup.

The new 251,000 square-foot facility, built through DMAX, the 60/40 GM and Isuzu joint venture, expands on the current DMAX diesel engine manufacturing operation in Moraine, Ohio. Once complete, the facility, located in Brookville, will produce engine blocks and heads that will be transported to the current DMAX operations in Moraine. The new facility will create more than 100 manufacturing jobs and with construction already started, the new plant is expected to be up and running by the end of 2020.

Going forward, GM says it will build dealer inventory levels through the start of 2020 and will increase the production of crew cab and diesel models of the new Silverado and Sierra pickups to meet the growing customer demand.

As we start to truck into the new year, it will be interesting to see how the company perseveres from its busy end to 2019. For the record, in the late 90s and early 2000s, General Motors ranked as the top Fortune 500 company and will undoubtedly attempt to pick up itself as it attempts to switch gears for the future.