By Stefan Calimanu|2021-08-26T09:44:16-04:00February 27th, 2020|News & Media|
Incentives invariably shape the outcome or even the reality of an economic development project occurring. In North America, incentives have become somewhat of a double-edged sword for economic developers, who have to balance winning projects, keeping their board members content and retaining public support. Transparency is more important than ever (see AmazonHQ2) but there is still a case for secrecy due to competitive concerns. Below we’ll explore the major types of economic development grants, loans, and tax credits while delving into some of the more controversial case studies of the past few years.
Economic incentives provide businesses with customized assistance – a tax break that wouldn’t otherwise be provided – for example. In today’s business world, nearly all US cities and states are offering financial incentives to attract companies to locate or relocate. While some research suggests incentives are an ineffective use of taxpayer money, a surge in the use of economic development incentives in recent years may prove otherwise.
According to American economist Timothy Bartik of Michigan’s W. E. Upjohn Institute for Employment Research, over the past 25 years, state, and local business tax incentives aimed at promoting economic development have “tripled in size.” Bartik says incentives are good for creating local jobs by providing larger benefits, increasing employment and wages, bolstering property value, and an increased amount of overall public spending. He says negative incentives, however, are coming at “potentially large costs.” Incentives’ budget could cause very reputable damage, he continues, like potentially leading to state and local governments to neglect public services, like elementary and high schools.
As per Bartik, the public costs of tax incentives often outweigh the benefits, “if incentives don’t pay for themselves, where do you get the money to pay for the incentives?” He says. “You have to increase taxes, or you have to cut public spending.” 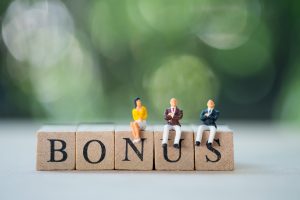 Whereas evidence suggests both positives and negatives for economic incentives, the business world is rather divided. Larger firms are more likely to get incentives in relation to their size which means: larger incentives. Many state incentive-driven programs have minimum size requirements – IE, if a company is creating ten jobs, you get no incentives. But, if a company creates say, 500 jobs, the company will receive more benefits. This kind of program inevitably only favors larger firms.

Bigger companies can also get special laws passed. Take the Foxconn deal for example; in 2017, Wisconsin dished out more than US$4 billion to Foxconn, a Taiwanese-based electronics manufacturer. In return, Foxconn promised to build a new state-of-the-art manufacturing plant for flat-screen TV displays with the hopes of creating 13,000 new Wisconsin jobs. The original deal fell through and plans for the plant have been scaled back and it remains to be seen as of today whether the company will reach the necessary employment target to claim its job-creation tax credits and aid.

The Foxconn deal was not something that was part of the state of Wisconsin’s normal incentives. Special legislation was passed to be able to do it – an initiative that most likely wouldn’t get passed for a company promising fewer job openings. If a state provides the biggest incentives to the largest companies will that increase the local economy and benefit the job market? Yes. But is it harmful to the overall ecosystem, harming the growth of small to medium-sized businesses? Perhaps. On one side, smaller companies will not be able to compete with wages and can fear talent poaching. On the other hand, landing an anchor firm results in the creation and/or growth of a sector hub, adding to a location’s attractiveness.

Similarly, Amazon unleashed a strong contest among economic developers after announcing a new locale for the company’s second headquarter. Hoping to lure Amazon, a number of regions offered incentives worth billions of dollars – one package alone was estimated to be US$8.5 billion.

Despite some huge offers hoping to lure Amazon, the company ended up choosing Virginia and New York, neither of which made the largest offers. In Virginia’s case, a lot of the incentives were of the public-service variety: a new campus at Virginia Tech and enhancements with public transit. While infamously, Amazon stunned New York by abandoning plans to locate its second headquarters in the Queens neighborhood of Long Island City after tremendous push-back from the public, local activists and city council leaders who criticized the performance-based incentives totaling nearly $3 billion.

In 2016, Nevada gave Tesla Motors more than $1 billion to build a battery factory. Nevada’s governor provided US$1.3 billion in tax breaks to Tesla who in return, built a gigantic Nevada factory. After deciding and negotiating between several other states, Tesla founder Elon Musk settled on Nevada and the state’s government promised that tax credits and other incentives would be available for up to 20 years, a perk estimated at $725 million. The factory became a key factor in revitalizing Nevada’s economy which had still been recovering from the Great Recession of 2008. 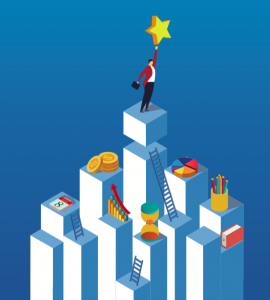 When it comes to geographically targeted incentives, research suggests that at least 75% of the time, incentives are not affecting a business’s decision on where to locate to. When these incentives do tip a geographical decision, they do not pay for themselves. While occasionally creating new jobs, they often outsource workers from outside the city and/or state, raising public service costs to at least 90% on any increased revenue.

Incentives should be targeting economically distressed locales with more available laborers looking to get employed. The share of new job opportunities would go towards local residents compared to already-established areas.

A 2018 report from the Kansas City Council of Development Finance Agencies (CDFA) found that each dollar of development incentive, (officially called tax increment financing (TIF)), generates $3.83 in new tax revenue. TIF is a public financing tool that governments use to incentivize economic growth. Tax increment financing subsidizes companies by refunding or diverting a portion of their taxes to help finance development in an area or on a project site. Generally, TIFs help to pay for infrastructure improvements including streets, sewers, and parking lots in areas close to new developments.

Through the use of TIF, municipalities can divert future property tax revenue increases from a specific area toward an economic development project within a community. TIF subsidies are not appropriated directly from a city’s budget, but the city can suffer losses through foregone tax revenue.

The CDFA research spurs more evidence on TIF and continually asks the questions as to whether these types of subsidies are spurring economic development or not. 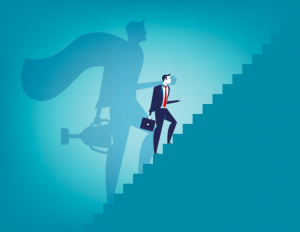 Some research has found that economic development incentives hurt local economies by shifting resources away from productive industries and towards politically-driven ones. Look at the film industry, film tax credits are a common example of a particularly inefficient state subsidy. It uses tax revenue from existing businesses to attract and subsidize film production, shifting money, workers, and other resources away from productive firms, essentially reducing productivity and economic growth.

We’ve outlined the pros and cons, the good, the bad and the ugly, if you will – now we want to hear from you. With the increasing importance of transparency while mitigating competition and public perception, what do you believe the future holds for incentives in economic development?