How COVID-19 is Affecting the Global Economy

In 2003, SARS resulted in the deaths of 774 people around the world while sickening 8,098 before it was contained, sparking worldwide panic that rippled through the global economy. The novel coronavirus, COVID-19, which originated in Wuhan, China this past December, has already seen 3,400 people succumb and infected cases have risen (and continue to rise) to over 100,000 across at least 25 countries. With the constant barrage of media outlets reporting on the virus, panic has begun to unfurl, sending shock-waves throughout the world and the economy.

With China positioned as an indispensable part of the global economy, churning out products and driving demand for goods and commodities, the effects of the COVID-19 virus have become extensive and could turn long-lasting. China boasts hundreds of millions of wealthy consumers who spend large sums of their income on luxury products and tourism. Mainland China is a major economic player and the world’s most important manufacturing hub. In 2003, China’s economy accounted for roughly 4% of the world GDP and now it makes up a whopping 16% of global output.

Besides trying to find a cure, the outbreak has had its share of consequences beyond efforts to quarantine it. There have been widespread shortages of pharmaceuticals and manufactured goods due to China’s factory disruption and consumers resorting to panic hoarding.

Agathe Demarais the Global Forecasting Director for the Economist Intelligence Unit has forecasted that economic markets will remain “volatile” until a clearer image emerges in the aftermath of the disease. Some analysts predict that the economic fallout could surpass that of the SARS outbreak. To put a fallout of that magnitude into numbers, Dr. Panos Kouvelis, an International Businessman and Management Strategist at Washington University in St. Louis estimates an over $300 billion impact on the world’s supply chain that could last up to two years.

ING expects Asia’s tourism market to take a hit of up to $115 billion in 2020 alone.  Robert Carnell, Chief Economist and Head of Research for Asia-Pacific at ING, said the Dutch financial group had assumed zero tourism receipts from Asian tourists visiting China and Chinese tourists flying to Asia. “Official travel restrictions may be slow to be removed, and travelers may remain wary long after it is safe for them to travel again,” he said. According to Trading Economics, tourism revenue contributed to close to 11% of China’s GDP in 2018. 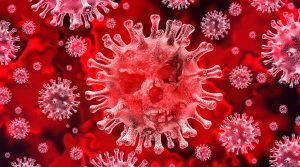 The largest coronavirus outbreak outside of Asia is in Italy. On February 24th, 2020, Italian stocks suffered their biggest daily decline in four years. In late February, the Italian government placed close to a dozen infected Northern towns under quarantine, the wealthy regions of Veneto and Lombardy (where the cities of Venice and Milan are, respectively) among them. Said regions make up roughly 30% of Italy’s economic output.

Schools, museums, cinemas, and universities throughout Italy were shut down and the popular Serie A soccer matches were canceled. La Scala, Milan’s opera house, canceled performances and Giorgio Armani’s fashion show, as part of Milan Fashion Week, went on despite no buyers or media being present. Venice’s world-renowned Carnival festival was prematurely shut down by three days as the Italian government-induced “urgent measures” to contain the virus from spreading further.

As per the Bank of Italy, the country’s outbreak will be another blow to Italy’s already weak economy which is only expected to grow 0.5% in 2020. In February, before the virus struck, the country’s official bank warned that the coronavirus could have a “significant impact” on the entire Italian economy.

As of Monday, March 9th, the entire nation has been put on lock down by Prime Minister Giuseppe Conte in a sweeping effort to contain the outbreak. The drastic measures include blanket travel restrictions, a ban on all public events, the closures of schools and public spaces, and the suspension of religious services including funerals or weddings.

China’s President Xi Jinping called the coronavirus outbreak a major public health emergency that has become “difficult to contain.” According to Chinese media outlet Xinhua and its translators, Xi said, “this is both a crisis and a big test for us,” and said efforts are being made to reduce fatalities, cure citizens, safeguard social stability, and strengthen the country’s emergency medical supplies and day-to-day necessities.

Xi said the virus’ impact on China’s economic development is “generally manageable” but it will deal a big blow to the country in the short term. The president stressed the importance of an orderly restart to work and production.

Can the novel #COVIDー19 be stopped? pic.twitter.com/VZfTdFWJRG

In February 2020, the Diamond Princess ship had been anchored and quarantined for two weeks in the Japanese port of Yokohama. 3,600 passengers and crew members were isolated on the cruise as the number of infected people grew to 218. Ultimately, about 700 of the 3,700 people aboard became infected. This week, another Princess ship, the Grand Princess, carrying 3,500 people, 21 of whom have tested positive for Covid-19, docked in the port of Oakland, California, on Monday, after spending the last several days idling just off the coast of San Francisco.

Initially, cruise companies were reluctant to release data on its $45-billion industry amidst the virus with travel advisers saying the cruise market could be hit by as much as 15 percent, if not more. As of Monday, March 9th, the cruise industry is on the brink of crisis. “It seems like the worst case-scenario is unfolding, with these companies’ market caps cut in half and no end in sight,” Tuna Amobi, an industry analyst at CFRA, told the Washington Post. Additionally, both the U.S. State Department and Canada’s Chief Public Health Officer, Dr. Theresa Tam have warned their citizens against taking cruises, with U.S. health officials actually preventing some ships from sailing.

The cruise industry’s biggest lines, Norwegian Cruise Lines and Carnival Corp. have both released statements reiterating that their priority is passenger safety. Each cruise line listed precautionary measures to keep its passengers safe but have neglected to speak out against infected passengers aboard their cruises. Logically, fitting thousands of people into a small space over an extended period of time is not ideal during a worldwide virus outbreak. 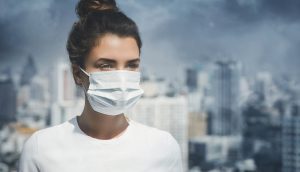 Erika Richter, the senior director of communications for the American Society of Travel Advisors says demand for cruises are currently “very low” and that demand for the upcoming spring sails were “unlikely to sell from our market.” Cruises tend to be very expensive with an average week-long sail in Asia costing about US$1,800. If the industry doesn’t right the ship and steer customer confidence back towards a positive light, cruises could be affected for a “very long time,” according to Richter.

While sharing an unfortunate name resemblance to the virus, stocks of both the company that make Corona beer and shares have been hit hard by the coronavirus. CNN tweeted out a survey saying 38% of Americans wouldn’t buy Corona beer over fear of getting infected. Though absurd, Google reported that searches for the “Corona beer virus” began to spike at the end of February.

38% of Americans wouldn’t buy Corona beer “under any circumstances” because of the coronavirus, according to a recent survey.

Just to be abundantly clear: There is no link between the virus and the beer. https://t.co/D8fL89Oe0E

Constellation Brands, the beer import company that distributes Corona, denies any coronavirus-related impact.  “It’s extremely unfortunate that recent misinformation about the impact of this virus on our business has been circulating in traditional and social media without further investigation or validation,” said Constellation Brands CEO Bill Newlands in a news release. “Unlike many of our competitors, sales of our beer brands are focused almost entirely on the U.S. market. Our company doesn’t have much exposure to international markets such as China that have been most impacted by this situation.”

Car plants across China had been ordered to remain closed following their Lunar New Year holiday. Global automakers Volkswagen, Toyota, Daimler, General Motors, Renault, Honda, and Hyundai had halted operations in the world’s largest car market. According to S&P Global Ratings, the outbreak will force car makers in China to slash production by about 15% in the first quarter. Operations for the major car companies have since resumed but Chinese consumers have been hit hard.

Major conferences world wide have been either cancelled or postponed, affecting the travel for thousands of business people and directly impacting economies of host cities, some of these key events include, MIPIM, Hannover Messe, Collision Conference, 2020 ASCAP, ICS West and GDC 2020, to name a few.

British brand Burberry has closed 24 of its 64 Chinese stores and the company’s chief executive said the virus is causing a “material negative effect” on luxury brands. 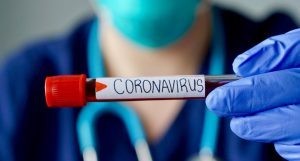 Qualcomm, the world’s biggest maker of smartphone chips warned that the outbreak has caused “significant” uncertainty around the demand for smartphones and the supplies needed to make them. Similarly, car part shortages have already forced Hyundai to close plants in South Korea. French President Emmanuel Macron tweeted that the government plans to take control of the supply of protective masks in the country for those possibly affected by the virus.

It is too early to predict the extent of the repercussions that COVID-19 will have on the global economy, but with each passing day economists grow more fearsome as we watch world financial markets tumble,  and concerns mount about supply-chain interruptions from China, and oil prices plunge. The United Nation’s trade body warned the world on Monday, March 9th, that the coronavirus outbreak could cost the global economy up to USD 2 trillion this year, warning that shock from the epidemic will cause a recession in some countries and depress global annual growth to below 2.5 percent.

“We envisage a slowdown in the global economy to under two percent for this year, and that will probably cost in the order of USD 1 trillion, compared with what people were forecasting back in September,”Director, Division on Globalization and Development Strategies at United Nations Conference on Trade and Development (UNCTAD) Richard Kozul-Wright said.

Currently, countries such as China, Canada and the U.S , along with international financial institutions are preparing themselves by drafting up economic relief policies and packages. The World Bank Group announced on Monday that they are making available an initial package of up to $12 billion in immediate support to assist countries coping with the health and economic impacts of the global outbreak.

Based in Montreal, ResearchFDI is a specialized market research firm that provides customized lead generation and business intelligence services for economic development organizations and regional promotion agencies, intended to identify and capture FDI and direct investment opportunities. We position Economic Developers in front of corporate decision-makers that are seeking to expand or relocate their businesses to new geographic locations. We are focused on helping our clients create important business relationships that will serve to grow awareness of their region, promote its economic strengths and attract direct investment.
Read also: